What is the difference between EDT, EDP and Parfum ? 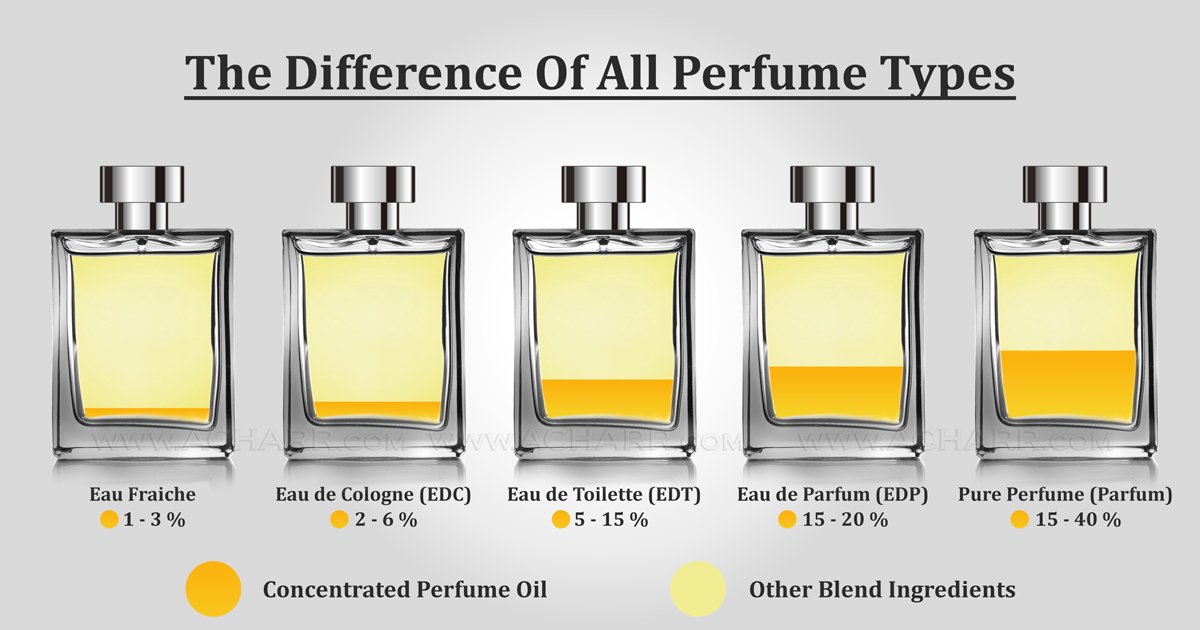 What is the difference between EDT, EDP and Parfum ?

Everyone that started their perfume journey will eventually stumbled upon these words but what is the difference between EDT, EDP and Parfum?

Well, the short answer for it is the different amount of concentrated perfume oil in perfume as shown in our cover image but if you would like to know more about them, read on as we explain each of them in detailed, the right pronunciation as well as the role they play in perfume longevity.

First of all we will start by understanding the very words of “Eau de Toilette”. The reason we chose this instead of the other four is because this the predecessor of all perfume types. All these words originated from France around year 1380, so naturally they are pronounced in French.

The word “Eau” means water in French. It is pronounced as “ou” instead of “you”.

The word “De” means “from” and it is pronounced as “the”.

The word “Toilette” is often misunderstood by people as toilet or washroom but it is not.  “Toilette” means the process of washing, dressing, or simply said “attending to one’s appearance for a special event.” It is pronounced as “twa let” and not “toilet”

Now forming three of them in english would obviously be Water from Dressing, however in French, they actually mean “Water for attending to one’s appearance for a special event” which can be simplified with one word “perfume” and now you know the very meaning of “Eau de Toilette”.

Credits: Thanks to Issandre Bendjelloun’s answer explained the words clearly in Quora and making this post possible.
Credits: The awesome perfume bottle base in our image is provided Chandra Jayne @ Free images by pngtree.com

The word “Fraiche” means Fresh in english and pronouncing it as “Fresh” is correct. Naturally this type of perfume consists the lowest amount of concentrated perfume oil. Perfume with the tag “Eau Fraiche” normally are more affordable than it’s usual “EDT or EDP” version. This is because it only contains 1 ~ 3% of perfume oil resulting a lower cost overall.

Eau Fraiche tend to last up to 3 hours but spraying on clothes would certainly lasts longer. There is still a large demand for it mainly because Eau Fraiche perfume is the freshest among others. Now you must be wondering why would anyone want to buy this type of perfume where there is EDT out there.

Sometimes, you find a perfume to your liking however find it to be overly strong and thinking “if only this perfume is softer in a way…” well good news!

“Eau Fraiche is here to the rescue !”

The word “Cologne” simply means perfume. However “Eau de Cologne” or EDC means a lesser concentrated perfume than EDT. Eau de Cologne perfume is not as generic as the rest and often times EDC type perfumes are usually the classic ones.

Eau de Cologne contains is slightly more concentrated than Eau Fraiche. EDC perfumes are usually cheaper than EDT but not as cheap as Eau Fraiche ones.

One can expect up to 4 hours of perfume longevity from this perfume type and of course perfumes tend to last longer on clothes and as usual perfume longevity may be affected by other factors as mentioned here.

Eau de Toilette or EDT has been explained earlier so we will keep it short here.

EDT is the most famous ones among all of them simply because all the perfumes are resolved around Eau de Toilette as it stands in the middle between all of them and this also means the best cost per perfume oil concentration.

EDT perfumes are usually more affordable than EDP, but one should never take lightly of an EDT perfume simply because the concentration is lower than EDP. During our review of Davidoff Champion for another post, it lasts an incredible 48 hours on clothes ! You can read about them here.

An Eau de Toilette perfumes typically lasts up to 6 hours and around 10 hours on clothes, as usual perfume longevity may be affected by other factors as mentioned here.

Eau de Parfum or EDP is the 2nd most concentrated among all.

EDP perfumes are naturally more expensive than EDT but this perfume type typically tend to last longer which is up to 10 hours and around 16 hours on clothes. The longevity certainly justify its price.

A decade ago, you will only be able to find Eau de Parfum on lady perfumes. But luckily nowadays, more and more EDP perfumes are made available for men and those who has jumped onto the EDP-wagon certainly never look back again !

so.. why would anyone still want an EDT perfume? The answer to this is the same as earlier on Eau Fraiche. Eau de Parfum perfumes are normally much stronger and not everyone could stand the scent of a strong perfume and you certainly would not want to use an overly strong perfume on hot weather or at any cramped places where you spend most of your time example a small office with few people around.

One can expect EDP to lasts up to 10 hours on skin and around 16 hours on clothes.

Take note however not all EDP perfumes smell overly strong, some can be just as soft as EDT.

Parfum contains from 15 ~ 40% concentrated perfume oil in it making it the most concentrated of all perfume types. This is also the reason for it being the most expensive among all.

20 years ago, it’s ver rare for one to see pure perfume(Parfum). Owning one is another story as it is being sold at an absurd price. A small 5ml of Parfum could cost over RM 200 that time !

However ! The good days are here, just like Eau de Parfum has been made more available in the market, the parfum too. These days, we can find 100ml Parfum at a fair price of around RM 500.

Parfum lasts up to 12 hours on skin and of course having this perfume to last over a day on clothes is something to be expected.

The concentrated perfume oil(Parfum) is no doubt the mother of all perfumes and this family certainly got no fair love going around given Parfum is the favorite kid in this family.

Jokes aside, we now have covered all perfume types and now you know each perfume type has their own roles in different occasions. Remember folks, choose the right perfume for the right occasion!

As usual if you find our post has been helpful to you, comment and let us know and share it to your friends so they too can learn about it !

ACHARR has been operating since 2012, providing customers original and authentic fragrances at wholesale price. We are also here to improve the community by providing useful information and inspirational stories resolving around perfumes.

Thanks a lot. This will be helpful.

amazing,thanks for sharing. Glad I know the difference now.

Very much useful and informative…thank you

Thanks, very useful us

It is a great summary. Thank you very much.

Thanks. Very informative write up!

Great. This is very helpful.

Well explained and Very helpful… Thanks a lot

Fake tester perfumes are flooding the market, almost 80% of online vendors selling testers are fakes but fear not... read more 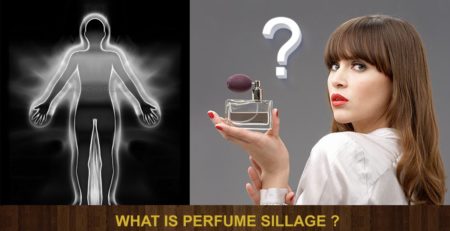 What is perfume sillage ?

Perfume sillage is the word for measuring a perfume projection rate around a person. Read this post as we... read more